Recently I have been giving some thought to cost per wear. To a degree I have always considered this before making any purchases as I don’t want to end up wasting my money. However, I have also used it to justify larger designer purchases. For example, when it came to my Jimmy Choo Addison heels which came to just over £400 I thought that’s only £200 per shoe and if I wear that shoe 200 times, it’s only £1 a time. That’s absolutely ridiculous I know, and what’s worrying is that I’m only partly joking.

But in all seriousness. What if I randomly selected items from my wardrobe and calculated the cost per wear. Would I be pleased to find that I had really got my monies worth, or would I be shocked to learn that there are items I should never have bought?

The Cost Per Wear Formula

Cost per wear is incredibly easy to work out. Just divide the cost of the item by the amount of times you’ve worn it (or think you will wear it). For example, say you can’t decide between two summer dresses. The first one is £20 and comes from a fast fashion brand. The second one is from a higher end store but it costs £100. Obviously you are going to be tempted by the £20 because it’s £80 cheaper. However, that dress may only was well three or four times before it becomes misshapen or the colour fades. In which case those four wears have cost £5 each. Not only that but you have had to replace the dress halfway through the season. Where as the £100 dress is better quality and will be in your wardrobe for at least a few years. Say you wore it 50 time over four years, you’re looking at a cost per wear of only £2.

Cost Per Wear Of My Wardrobe

I thought that it would be interesting to take a look at my wardrobe. What is the cost per wear of some of the items I own? While I like to think I haven’t wasted my money, I’m sure there are items I haven’t got much wear out of. I’m not sure that this past year is really going to give a very accurate representation given that we haven’t been going anywhere to wear half my wardrobe. 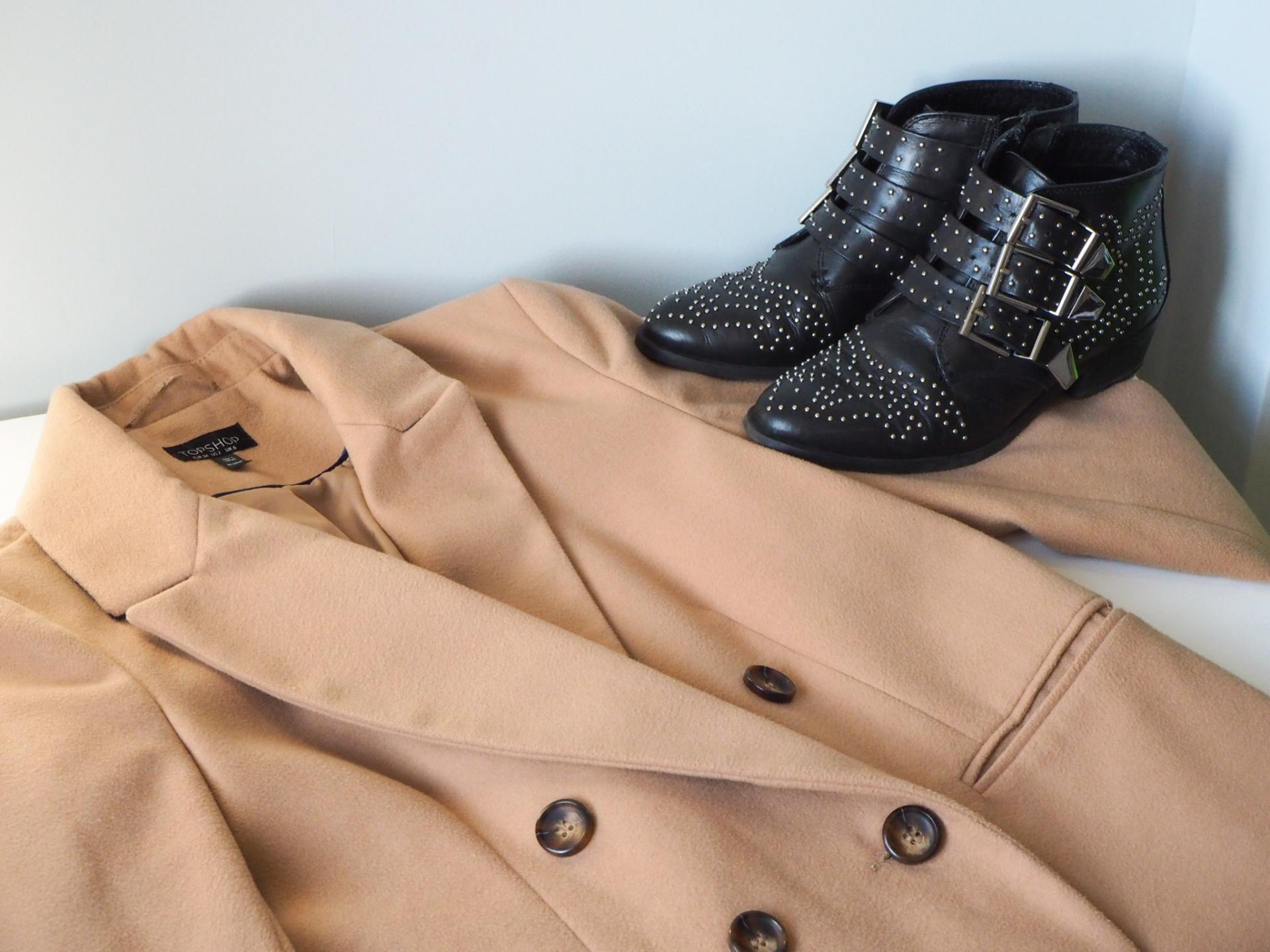 I have scrolled through the depths of Instagram to try and work out when I bought these boots. I believe it was around 2016 so they are a good five years old now. They came from Office, I think they are called the Lucky Charm Studded Boots. I bought them because they are a great dupe for the Chloe Susanna boots and I didn’t want to pay over £800 for them. They were around £85 but I bought them in the sale for about £60. Now I can say with complete honesty that I wore these boots nearly everyday for years. Even through the summer months! It is only because of the fact that I have been home for the past year that they have only been worn a handful of times since March 2020. Given that they have been worn over 100 times the cost per wear based on the amount I paid for them would only be 60p. They are starting to show their age now but I will be wearing them until they give out completely. 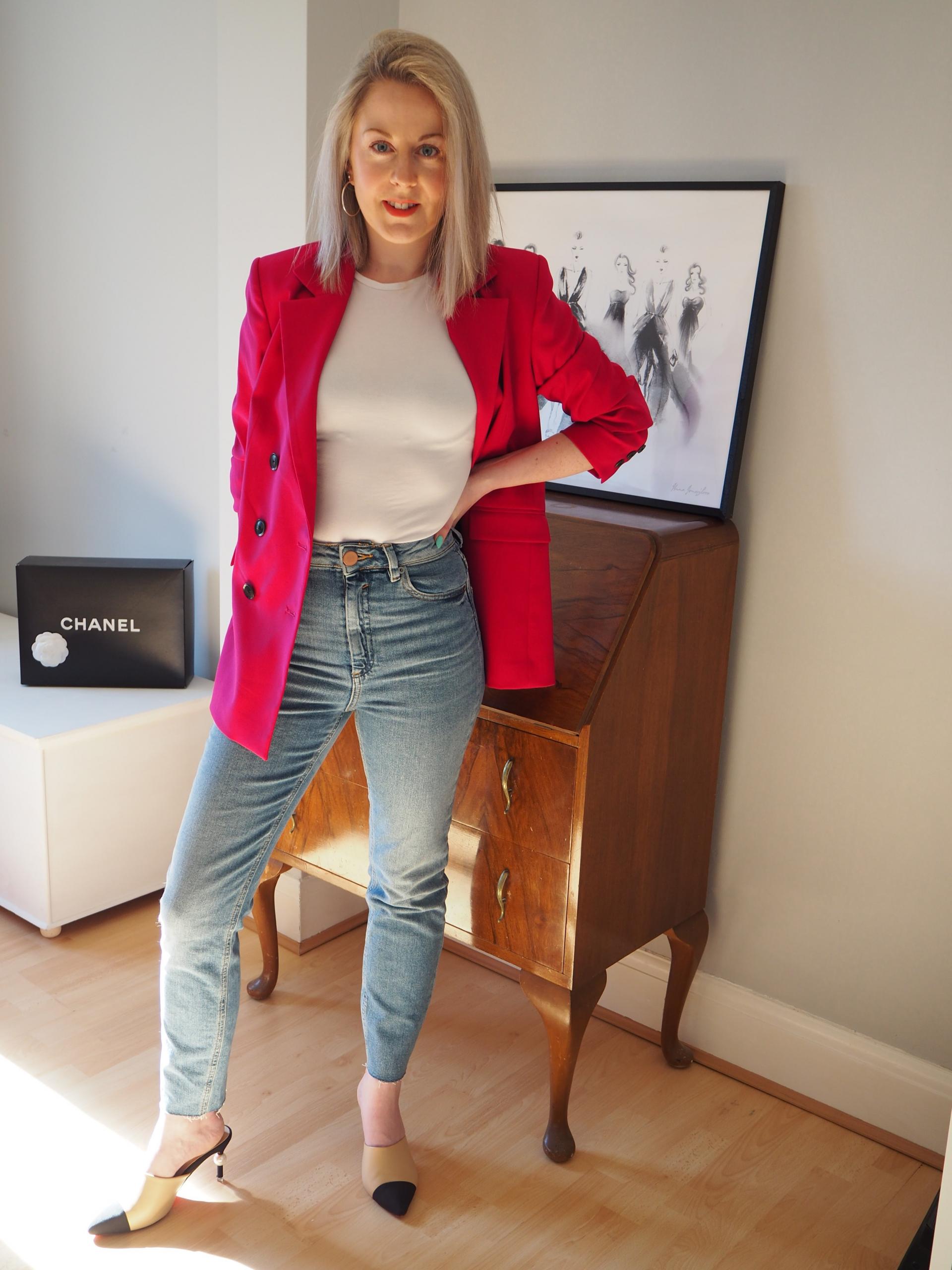 I am a big denim lover and I am very aware of the environmental impact of denim. I bought the ASOS DESIGN Farleigh high waisted slim mom jeans for £32. When I find a good pair of jeans I will keep them for years. Why is it so hard to buy jeans that fit really well? These jeans were purchased during the pandemic which was a terrible decision in hindsight. I think I have worn them twice this past year. Again this is because I haven’t been leaving the house so I’m living in leggings. This means that the jeans have a cost per wear of £16. Going forward I know that I will get a lot of wear from them so I don’t regret my purchasing decision in that respect. However, when it comes to replacing them I will be spending more and buying from a sustainable brand. 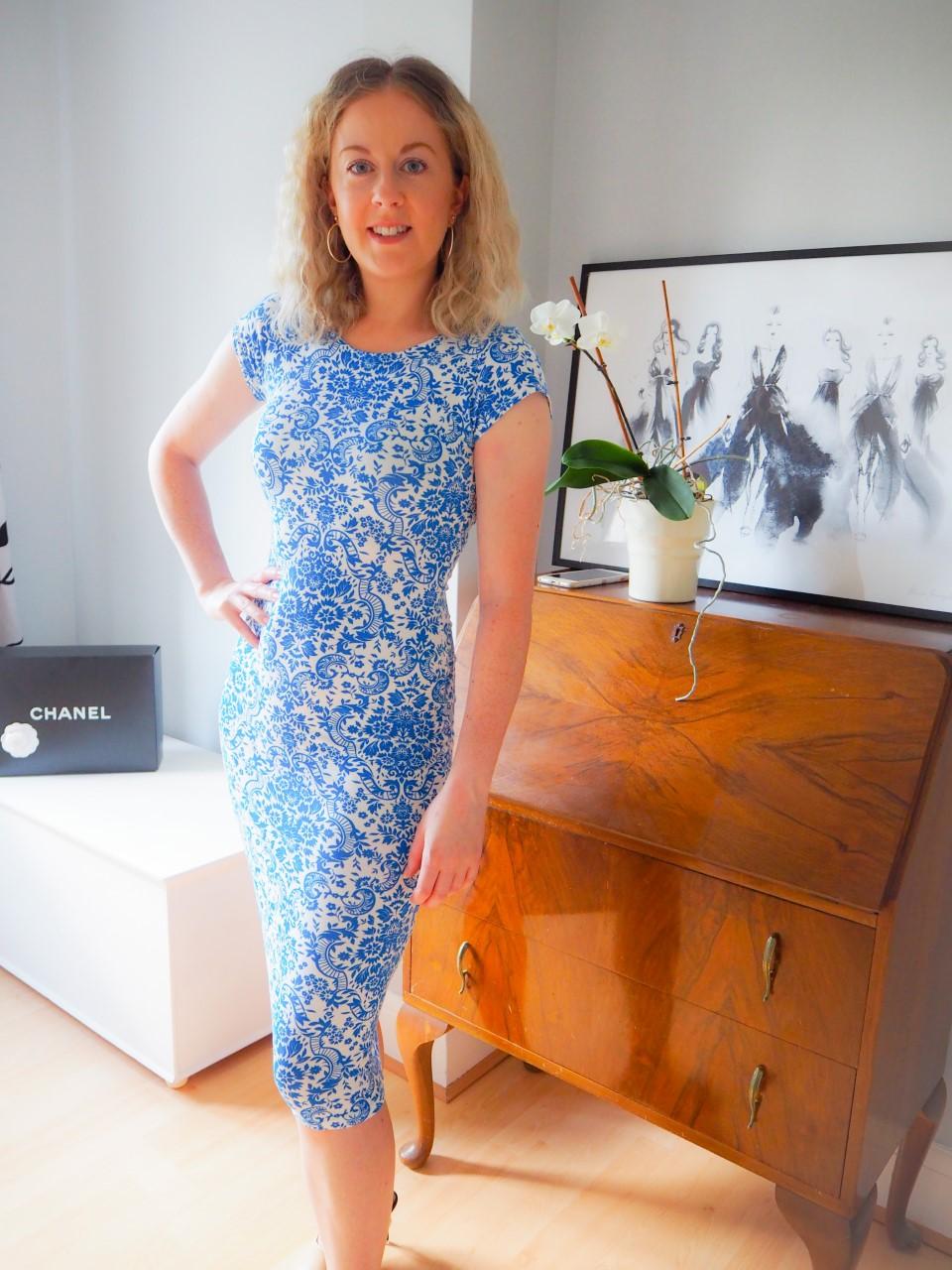 This dress is probably one of my best purchases. My sister also bought it and she will say exactly the same. I’ve had to deep dive social media to work out how long I’ve had it for. I previously posted on Instagram that I thought it was around 6-7 years old but a lengthy scroll through Facebook shows it in photos from 2013 so it’s more like 8 years old. It is the perfect dress for so many occasions. It has been worn to afternoon teas and baby showers. I wear it to work in the summer. It is so stretchy that it’s incredibly comfortable. I have never found another dress like it.

It shocked me to look in the label and see that it came from Missguided. I would have expected it to have lost elasticity and become faded. I spoke to my sister and we think it cost around £20-25. Even at £25, with over 100 wears that makes a cost per wear of 25p. While this dress has more than paid for itself I feel like it goes against everything that I now believe in when it comes to fast fashion. However, it does go to show that if you take care of something, regardless of how much it cost, you can really make it last. 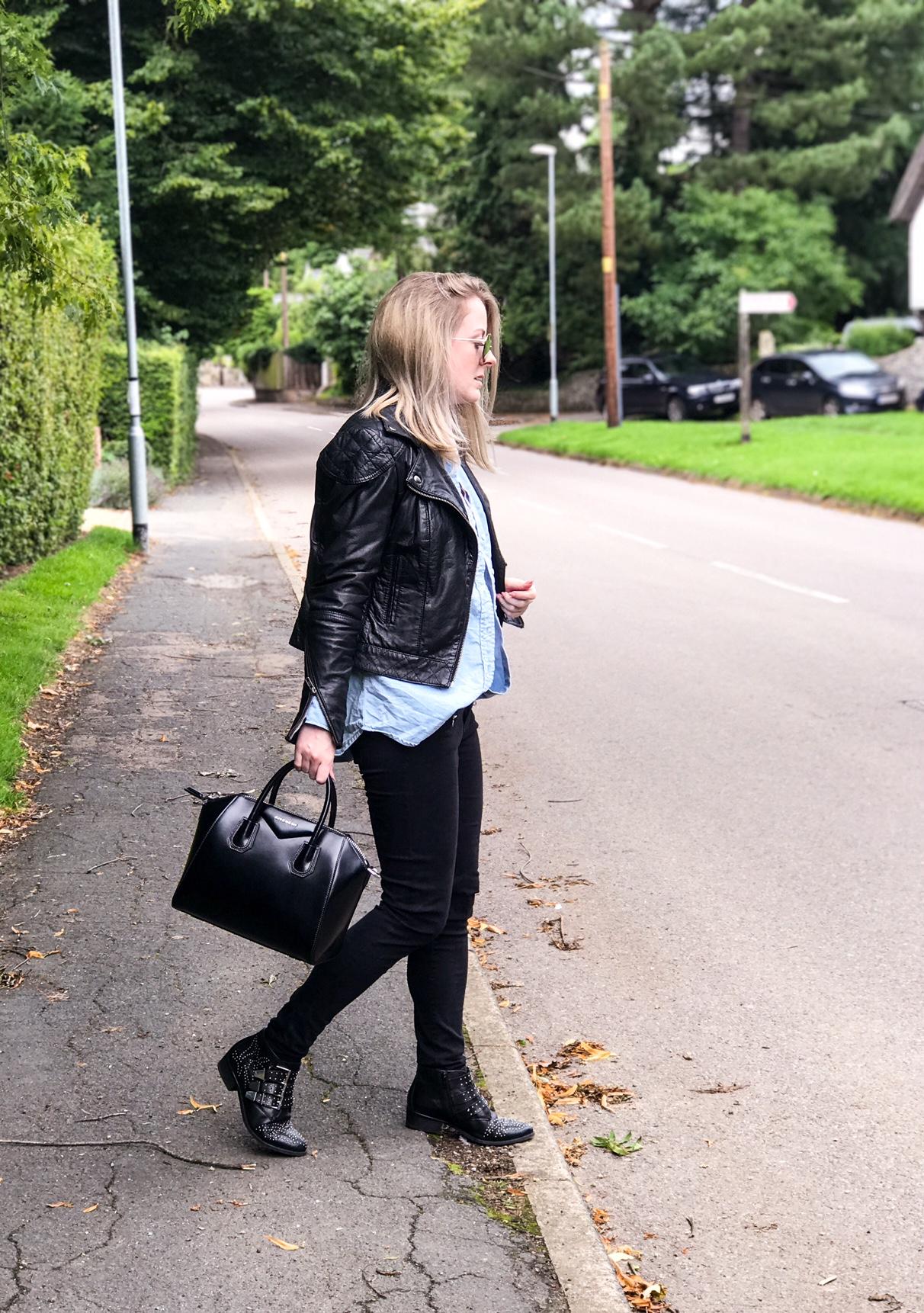 I remember buying this jacket back in 2013 when I had just become self-employed, making it 8 years old. It came from ASOS Petite and cost £100. At the time I felt like that was quite expensive given that I no longer had a reliable income. Anytime I need a jacket it is the first one I reach for. It is so easy to throw on over any outfit and it is just looking better with age. I have worn it well over 100 times which makes the cost per wear £1. 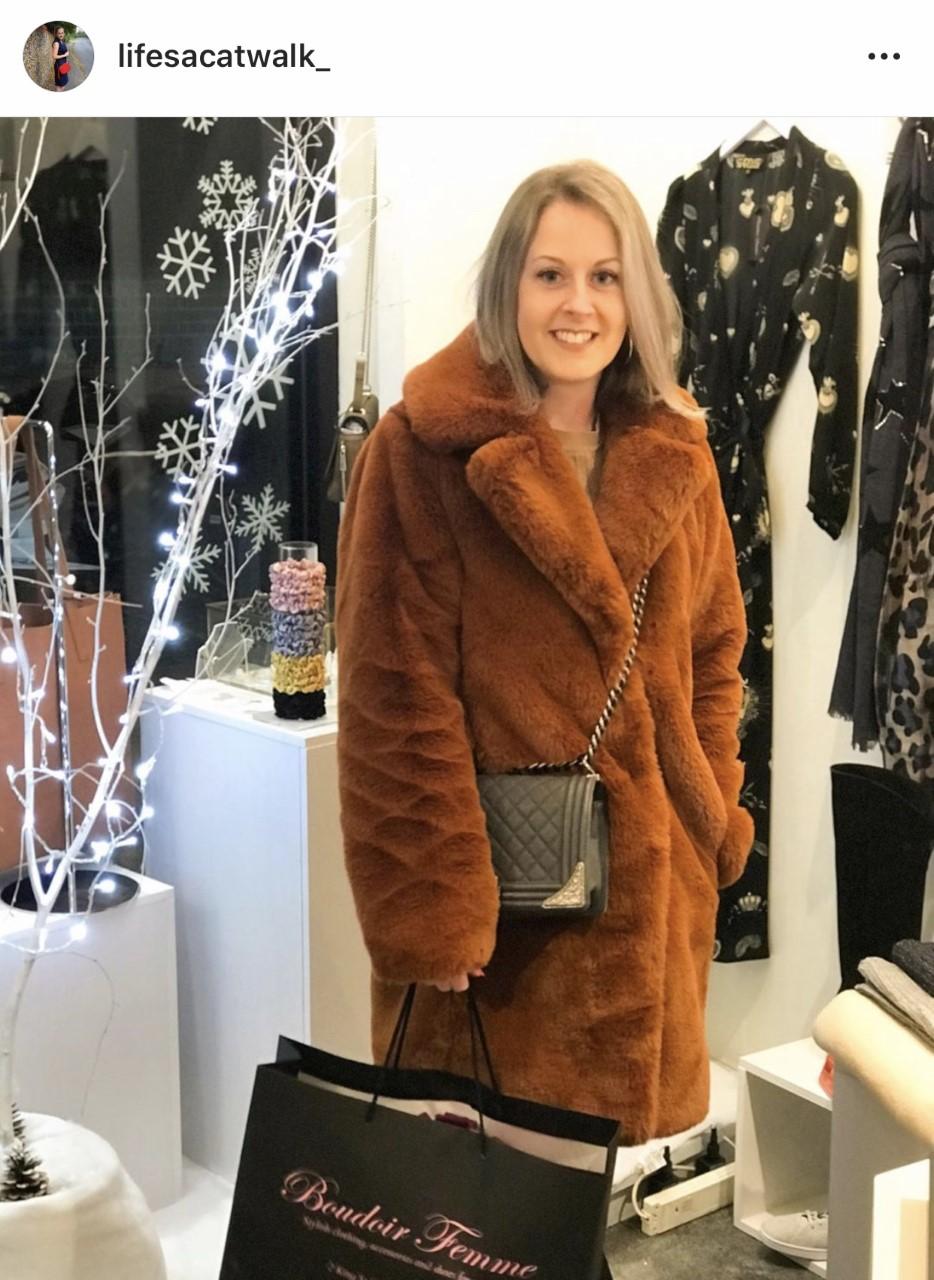 I had been searching for the perfect brown faux fur coat when I came across this one by MKT studio in an independent boutique in Cambridge called Boudoir Femme. Another Instagram scroll showed that I bought it in November 2019 and I think I paid about £200 for it. I think I’ve worn it no more than a couple of times. Some of that is doesn’t to the fact that I haven’t been going anywhere so haven’t needed a winter coat. I’m really disappointed that I haven’t got more wear out of it but I believe that it is a classic style that I will get a lot of wear out of for years to come. 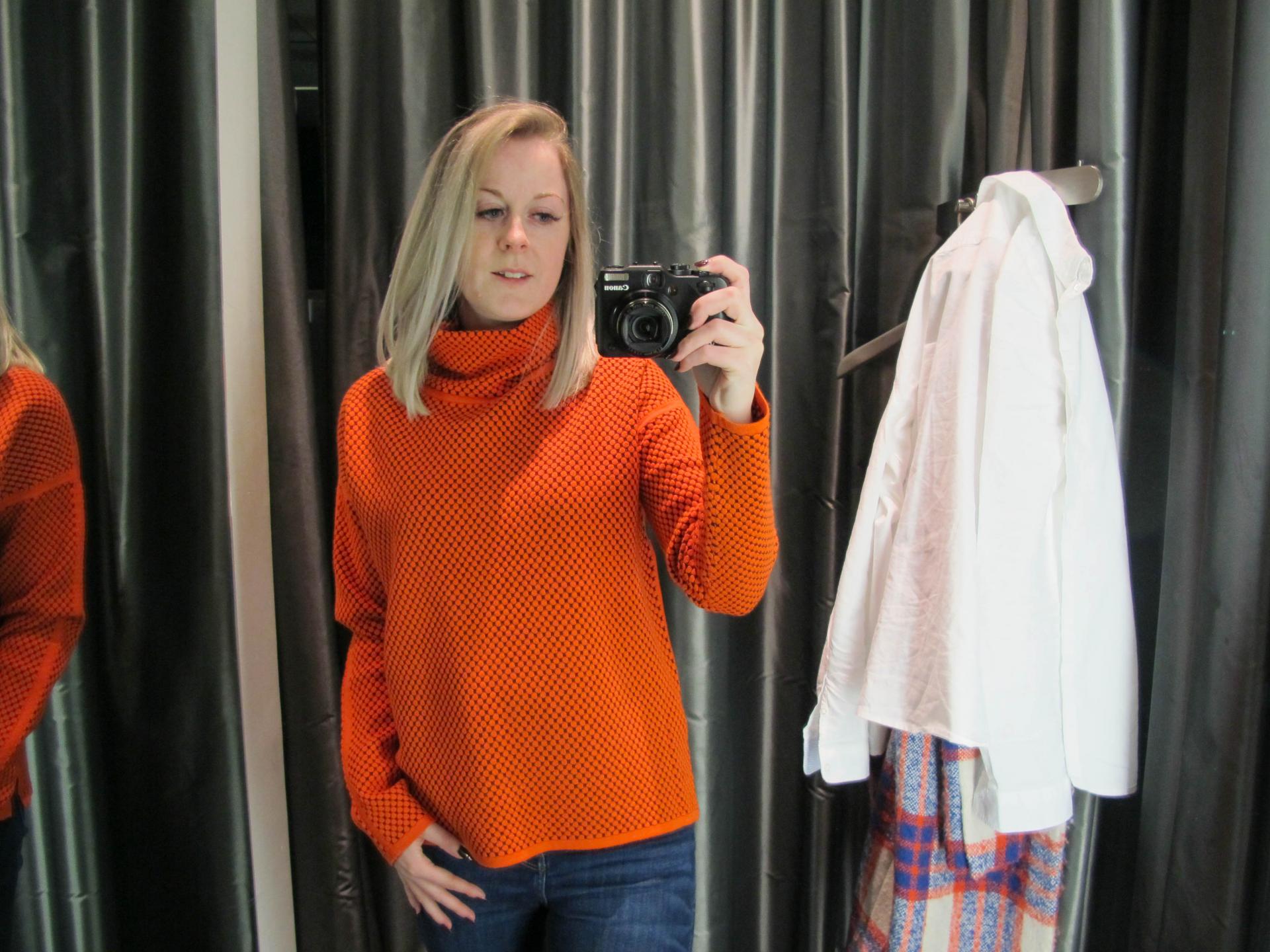 I couldn’t believe it when I found out that I bought this jumper back in 2016. It cost me £90 and it came from Karen Millen which even though it has a higher price point it still comes under fast fashion. The jumper has actually kept its shape and vibrant orange colour which I’m very impressed by given the amount of wear and washes it has had. Having been worn over 100 times the cost per wear is just 90p. 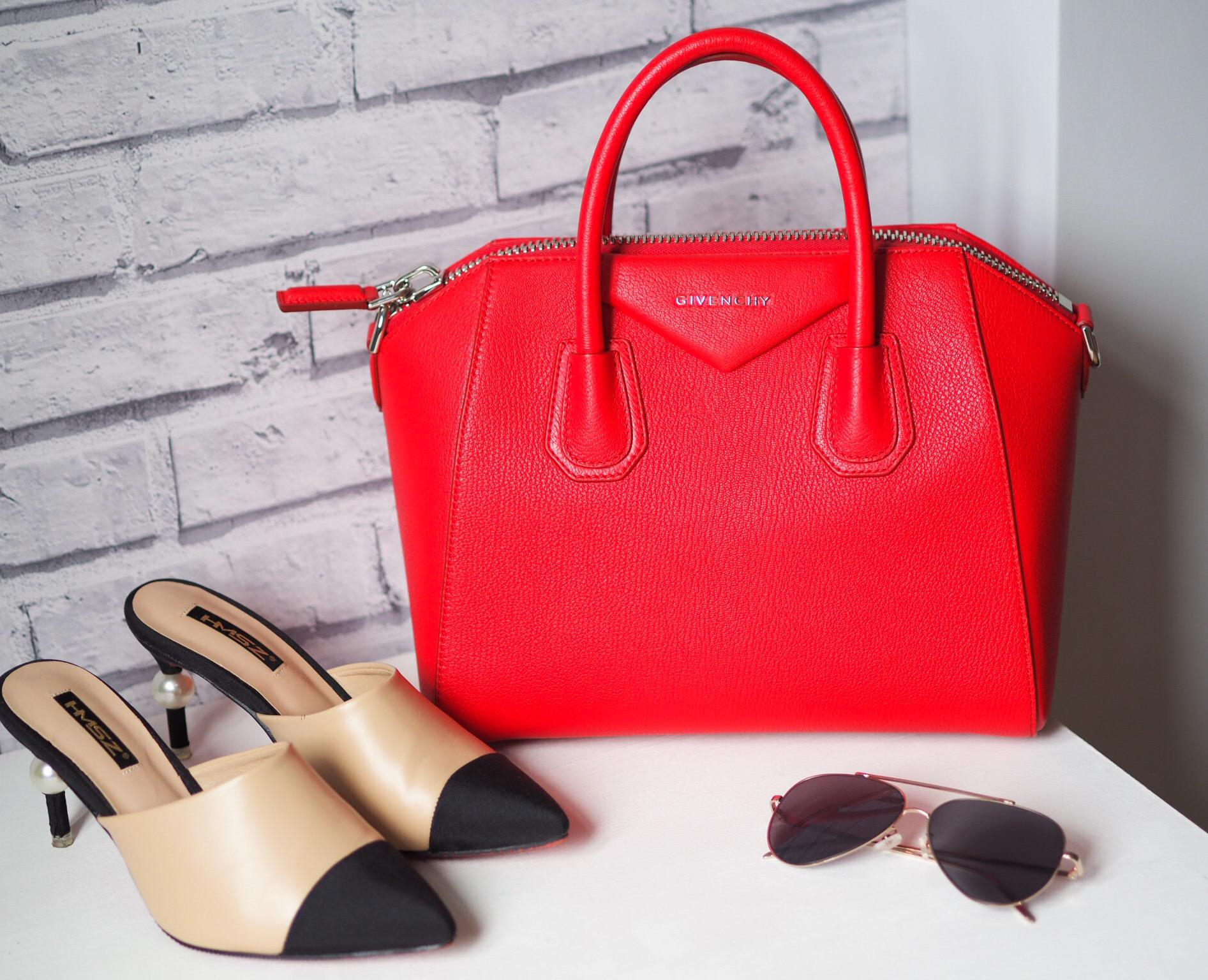 This post wouldn’t be complete without a designer handbag. Rather than choose a bag I know I have worn a lot I have gone for my Givenchy Antigona. I absolutely love this bag. Its a great size and the bold red colour is spot on. I bought it pre-owned (although it was brand new) from Vestiaire Collective. Brand new the bag would be around £1590 but the bag was listed for £850. I also had a discount code which took the bag down to £688. You can read more about it in a previous post on why I don’t see the point in paying full price for designer. I think I’ve used the bag maybe 20 times so cost per wear would be £34.40.

Writing this post has actually made me realise that when I do buy something I tend to keep it for years. While part of me thinks this is great environmentally speaking, I do wonder whether my wardrobe is a bit on the boring side. I can also see that I own more fast fashion than I thought I did. But I like to think that I have made up for that with the amount of wear I have got out of the items.

I also think that it is important to note that just because an item has a low cost per wear it doesn’t actually make it any cheaper. Even though my leather jacket has an incredibly low cost per wear I still had to spend £100 to buy it. The cost per wear formula is purely a handy way to work out if an item is worth spending the money on.