It feels like December has flown by and I can’t believe Christmas Day is tomorrow. I have spent the last few days preparing as I always host Christmas Dinner. 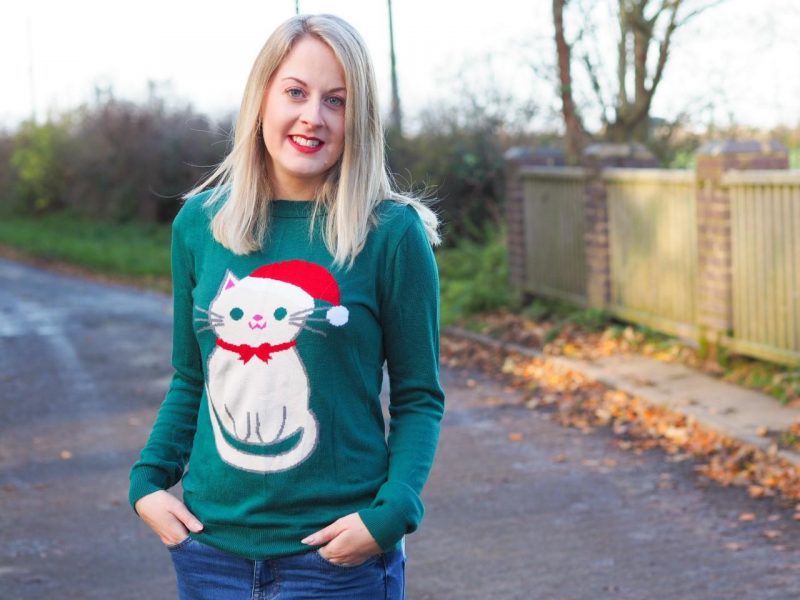 Some people have their decorations up as soon as December strikes. I’m more of a week before Christmas kind of decorator. This year I think I did well and have the decorations up about 10 days before Christmas. It’s the first year I’ve had an artificial tree. My parents always had real trees and I have a little potted tree that I keep year round and bring it in just before Christmas. This year I thought I would give an artificial tree a go. What has always put me off is how un-environmentally friendly they are. Apparently if you keep the same tree for at least ten years it does make it slightly better though so that’s going to be my aim. I chose a 7ft tree from Argos and it actually looks really good. I’ve had guests that thought it was real which I’m amazed by.

I spend the day with my Dad, my sister and her husband, and I always cook. I don’t really get why people worry so much about Christmas dinner. It’s just like a Sunday roast with a few extras. I picked up the last of the food, including the turkey, yesterday so everything is ready to go. I will probably prepare all the vegetables tonight so I’m super organised. I usually also set the table so it looks nice in the morning.

I don’t tend to dress up on Christmas Day. If I was going out for the day I probably would but I don’t want to be trying to cook when I’m all dressed up. Plus, any nice outfit I have doesn’t really leave room for a food baby. I do make an effort in other ways though. I will be wearing makeup which I don’t normally tend to do unless I’m going out. I’ve also had my nails done in an emerald green glitter Shellac called Emerald Lights. I do always like to have Christmas nails! I’ve also had my lash extensions refilled so I look a bit more presentable. I’m probably going to make sure I’m tanned too as I’m looking pale and washed out at the moment.

Tonight, after doing a little prep for tomorrow, I will be relaxing on the sofa in a Christmas onesie. I still need to watch The Holiday which will really get me in the festive mood.

Is it acceptable to start eating the cheese board now? Asking for a friend…..