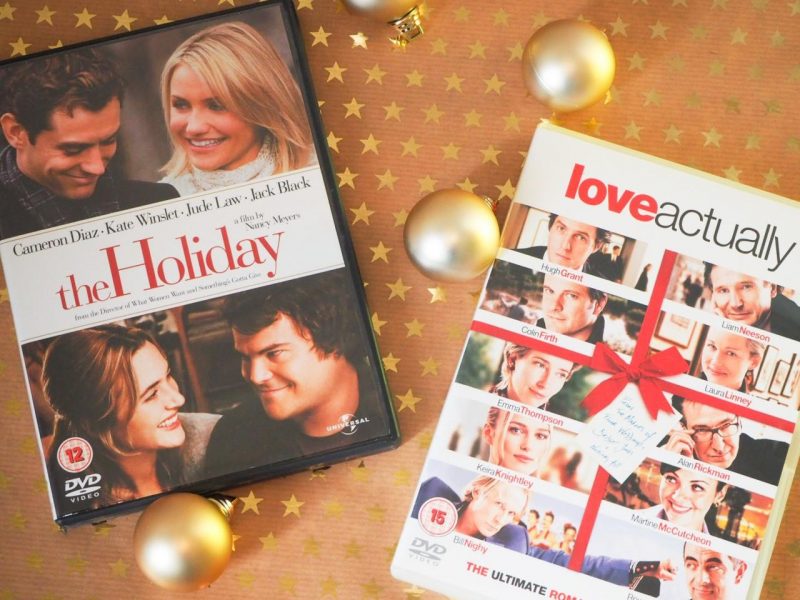 Love Actually is probably the ultimate holiday movie. I can’t believe it came out in 2003 and I’ve seen it nearly every Christmas since. If you haven’t ever seen it, where have you been? There’s absolutely no excuse now that Love Actually has come to Netflix.

The Holiday has to be one of my all time favourite films. I wrote a post back in 2015 which gave outfit inspiration taken from Cameron Diaz’s wardrobe in the film.  Another fashion-girl favorite, The Holiday is a quirky comedy filled with an adorable budding romance between the characters portrayed by Jude Law and Cameron Diaz. The movie lets you fantasize about what might happen if you finally took a vacation and, in the process, swapped houses with another person across the world. (Think: Airbnb on steroids.)

No Christmas movie list is complete without Elf. Not exactly the most stylish of films fashion wise, but you have to admit some of those outfits are quite cute. Will Ferrell plays a grown-up elf who left the North Pole to find his real father in New York City. Zooey Deschanel also stars and performs a great rendition onf “Baby It’s Cold Outside”.

This one is the 1994 remake of a classic. A little girls has to prove that a man who claims to be Kris Kringle is the real thing. I haven’t seen this one in years and it’s on Netflix which makes watching it again nice and easy.

This film is from 1946 and is the ultimate Christmas classic. George, the lead character, is considering suicide but an angel appears and shows him what life would have been like if he hadn’t have existed. I know it doesn’t exactly sound full of festive cheer but it is definitely worth a watch.

Are there any Christmas movies you watch year after year? Controversial question…… is Die Hard a Christmas film? Personally I think yes. What about you?