When the North Pole (in Cambridge, not where Santa lives) got in contact to invite me to go ice skating I jumped at the chance. I have been a couple of times before and if you have read my Christmas Bucket List you will know it was one of the things I wanted to do this month. 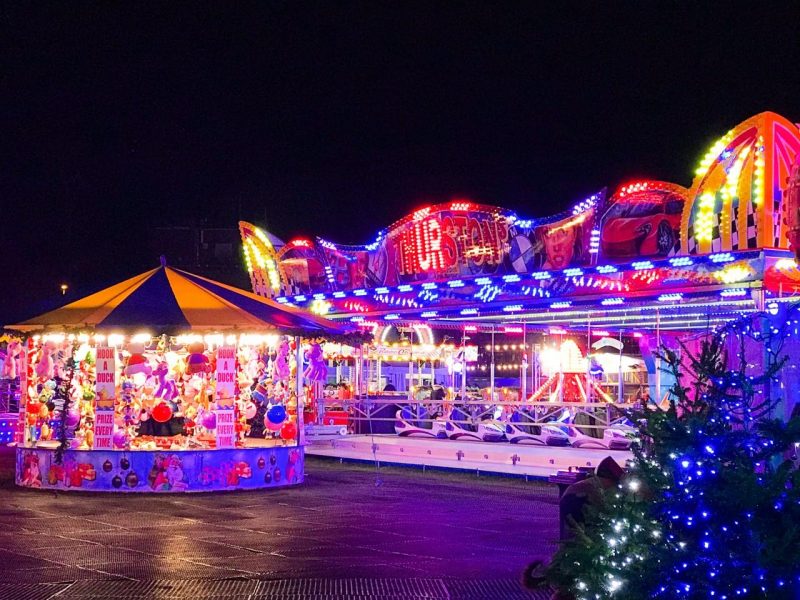 This year it seems like there was so much more to do than previous years. The last time I came ice skating there was only the rink to enjoy. This year there was plenty of rides like the dodgems and a giant inflatable slide. There was also traditional fairground games with prizes to be won.

I loved the addition of an apres skate area complete with a bar and places to eat. They were serving tasty treats like hot dogs and churros. Given that we went on a Friday night it was actually quite quiet. I can imagine if you went on a weekend this area would get quite busy the closer we come to Christmas.

The one spot that was busy was the ice rink. We tried to book for 7pm but the slot was full so we went for the last slot of 8pm. There were a lot of people on the ice at the same time as us. Everyone had varying skill levels which meant some people skate incredibly quickly. At one point a lad wiped out and crashed into my legs, luckily I grabbed onto the side to keep myself upright.

I have zero skating skills and at times it was quite stop start because there were so many people. I did feel like I wasn’t too worried about my ability, it was more that I was having to watch out for the people around me. Skating was so much fun though and I really got into it. Neither of us fell over either so the evening was definitely a success. I would 100% go again! 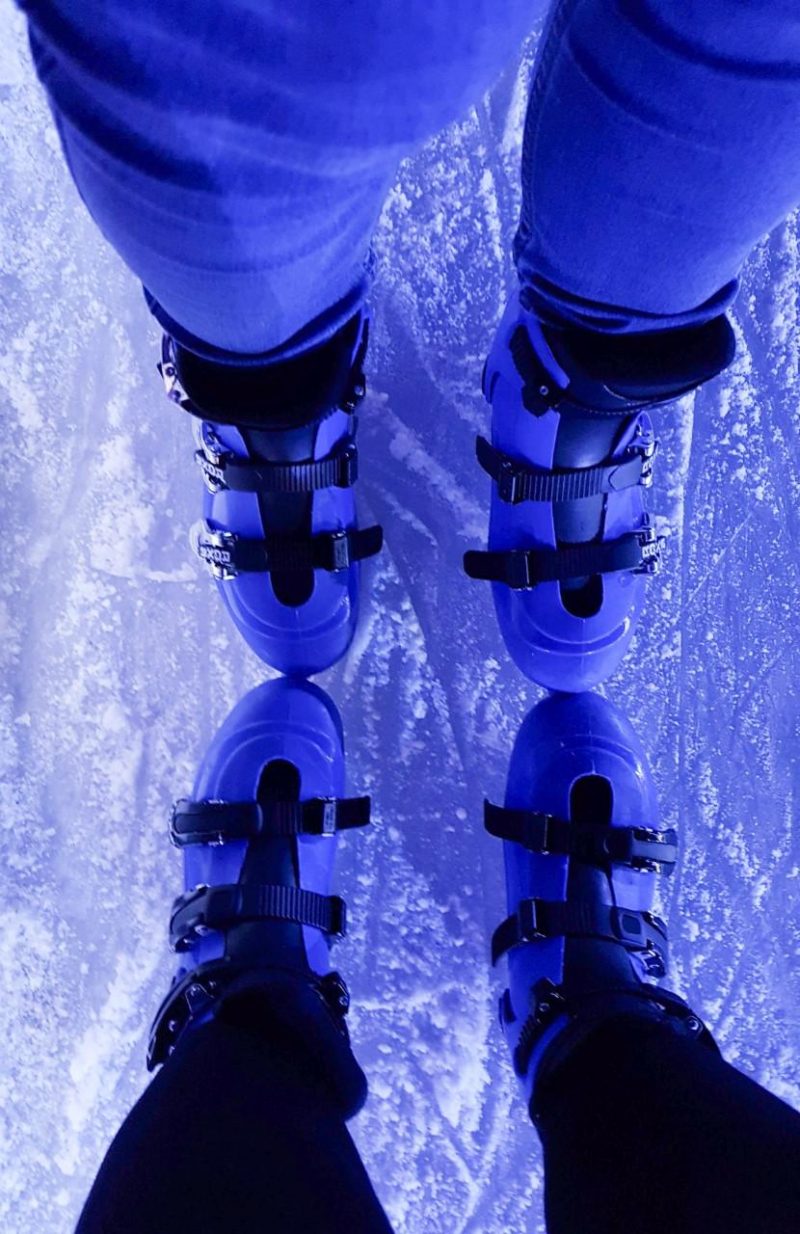 If you are hoping to go when it is a bit quieter I would suggest trying to go one morning during the week if you can. To avoid disappointment I would also book online to guarantee a time slot.