I’m not going to lie, I’m seriously feeling the pinch after Christmas. It’s not that I over spent or that I left everything to the last minute, I actually had a plan that was supposed to prevent this from happening. I started my Christmas shopping in November and had nearly everything come December which meant the cost was spread out nicely. My family also mainly focus on only buying for the children, not multiple relatives that you barely see throughout the year. We also have set budgets so me and my sister will only spend up to a certain amount on each other for example. 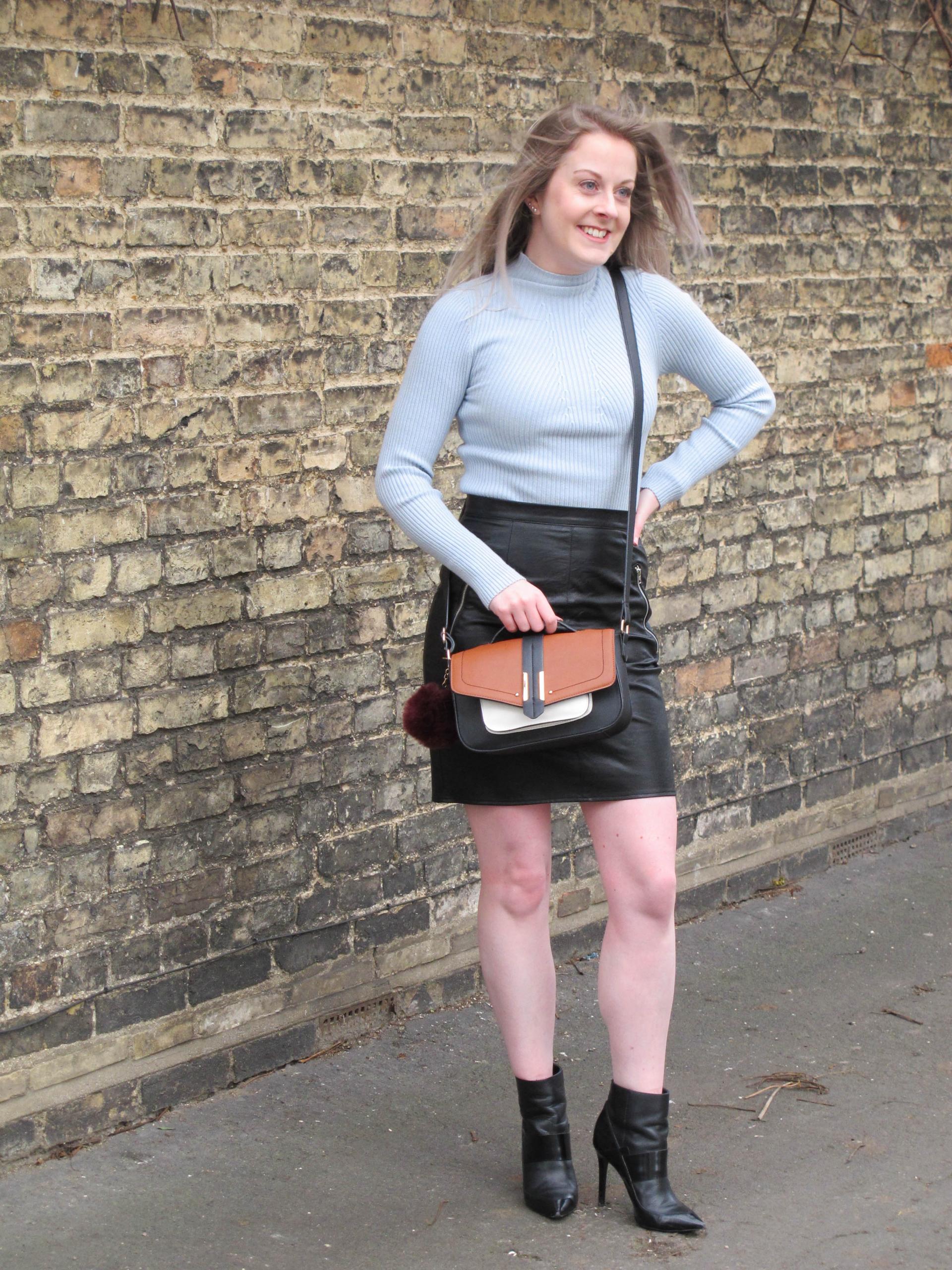 Making The Most Of My Wardrobe

There were a few things I hadn’t anticipated happening. My cat became ill which meant three weeks of vets visits and a bill costing more than I had earned. Fast forward to January and I have just been paid. I thought that it would be a nice idea to start the new year with a clean slate which meant clearing my credit card. This stroke of genius means that I will be scraping through until February.

I would love to banish those January blues with a cheeky little fashion purchase. Instead I have to resort to making the most out of what I already own. I’m starting the year by having a look through my wardrobe so I can get an idea of what I own. I’m guilty of always wearing the same outfits on repeat and ignoring the rest of my clothes. 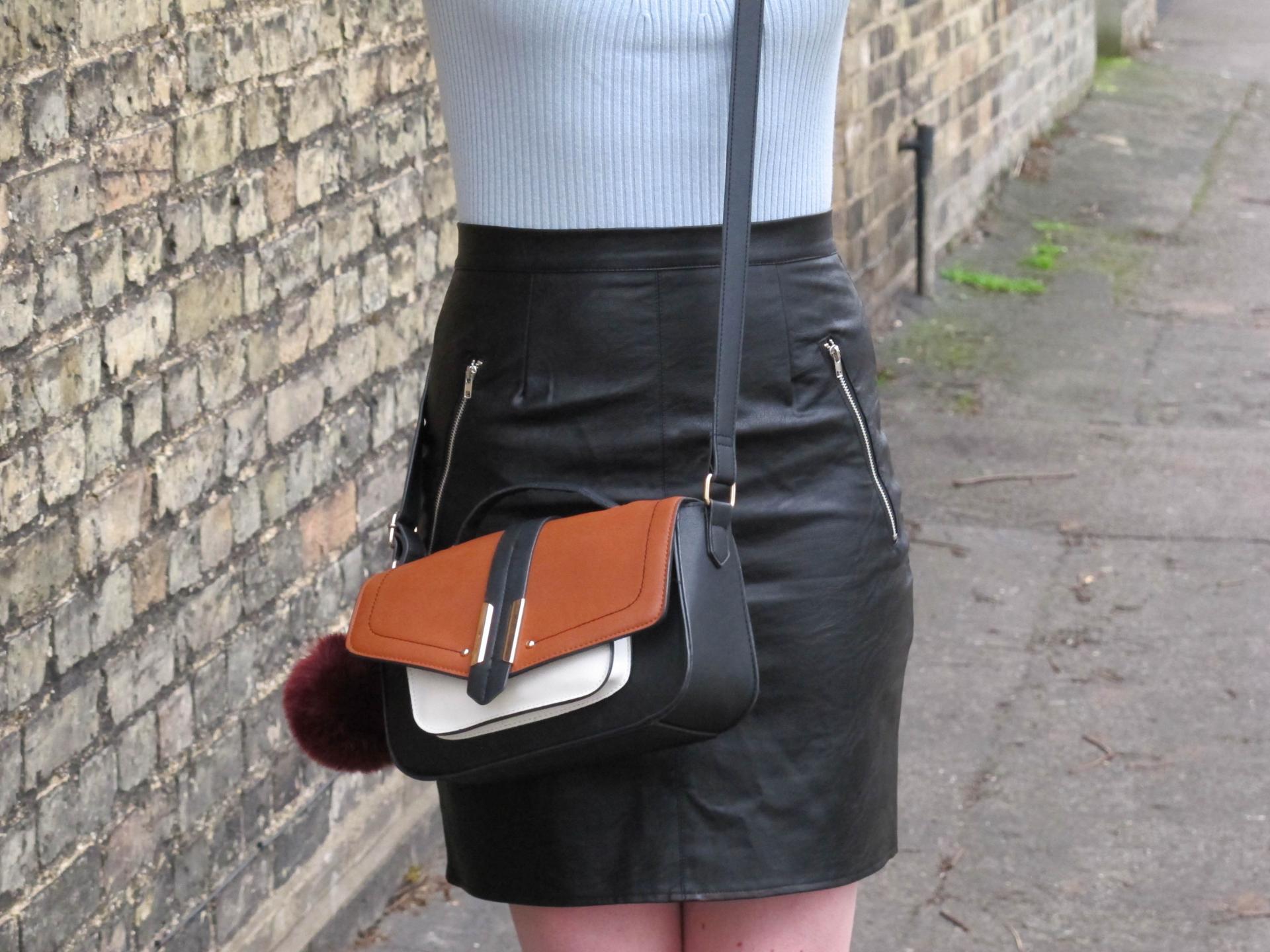 A great way to see what’s going on in there is to have a wardrobe detox as you go. You can remove any pieces that you haven’t worn in six months to a year. Selling these items on eBay or Depop can also be a good way to make a little extra cash.

I started to lay out different pieces and pair them with items you wouldn’t necessarily choose straight away. Another problem I have is lack of imagination which is mainly down to being in a rush all the time. You have a favourite jumper, favourite jeans and boots and then religiously stick to that look. 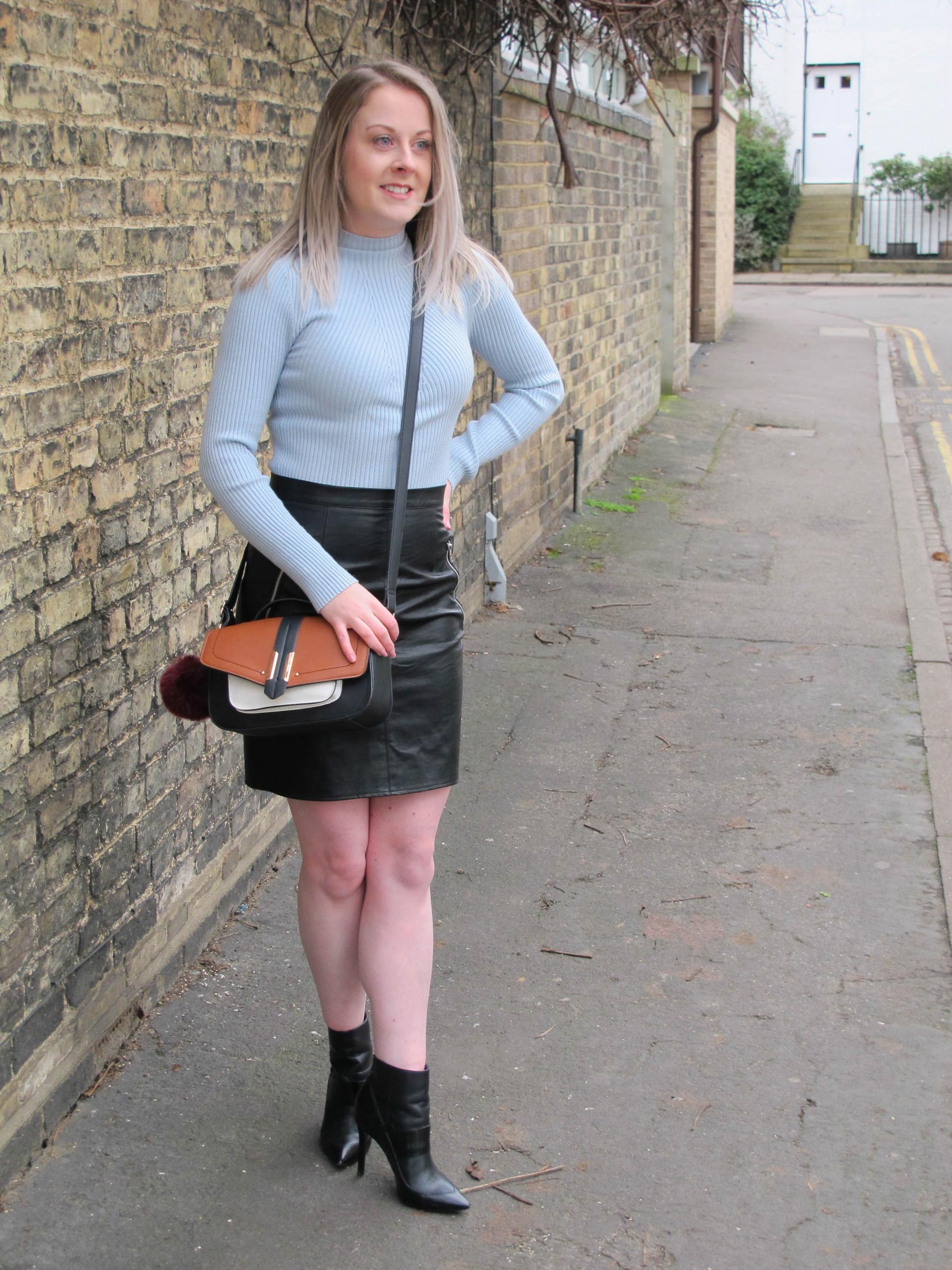 This faux leather skirt has been in my wardrobe nearly a year now. I actually think it was a purchase my sister made and never wore so she passed it along. The pale blue jumper was in the New Look sale in December. It was a complete bargain at £13 so I had to pick it up. I already owned the same jumper in cream so thought I would get lots of wear out of it.

I need to get better at recycling what I already own. Does anyone else have this problem?