When I was employed it was against the rules to wear nail polish (although I did my best to get round this), so since becoming self-employed I permanently have my nails done. With my nails painted I feel like my outfit is finished off. My hands look a million times better and I gesture more. I guess it’s like fashion for nails.

My sister is actually a Beauty Therapist (hi Abi *waves frantically*) so I’m very lucky that she takes care of all my treatments for me whether it’s having my brows tinted or lash extensions. For ages I was having Orly Gel FX on my nails but Abi has just switched to Shellac so I’ve had that the last two times I’ve had my nails done. My last colour was bright red which was about four weeks ago and it has stayed on beautifully, although I do have a considerable amount of regrowth. I think it’s definitely time for a change.

I’ve been considering every aspect of my look as the seasons have changed, so today it’s time to think about my nails. Each season is synonymous with different looks like pastels in spring and neon brights in summer. With the arrival of autumn you can go for anything from slate grey to forest green or deep burgundy. I love choosing polishes and this time decided to go for something dark and moody.

A couple of days a week Abi works out of a salon in Milton near Cambridge so this morning I made my way over there for a few treatments. I had my lashes refilled and brows tinted before moving on to my nails. 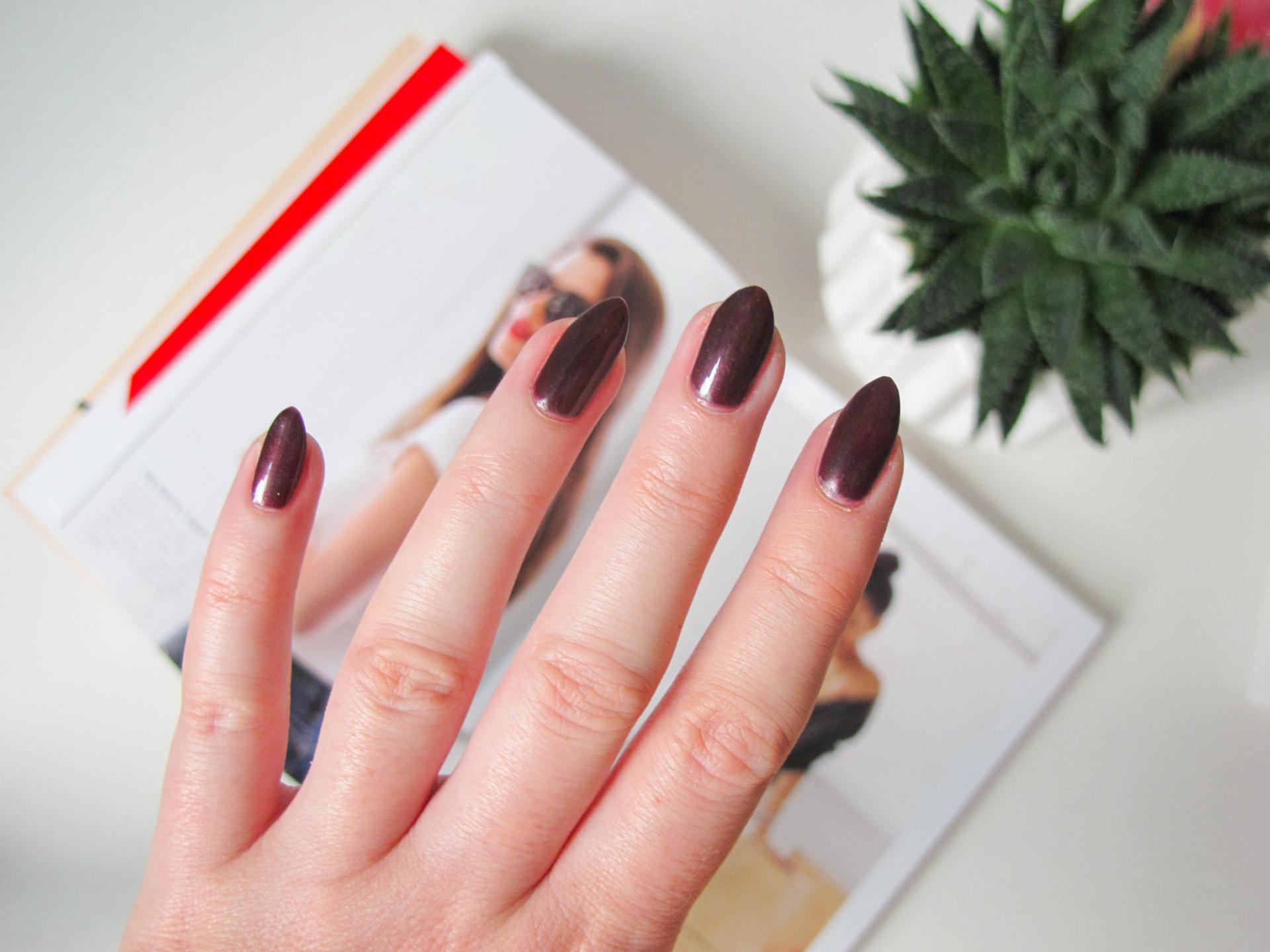 I decided to go for Dark Lava as I think it is the perfect shade for this season and it should match my new autumn look beautifully!

I would love to know what you think of the colour I went for so tweet me or leave a comment! Today’s post has read almost like a diary entry so let me know if you want more posts like this that show more of what I get up to.