I am a huge Friends fan and have watched each episode countless times, so last year when it was announced that fans would be given the chance to visit the recreated set in London, I just knew I had to get tickets. Unfortunately tickets sold out in a record 13 minutes and I missed out. 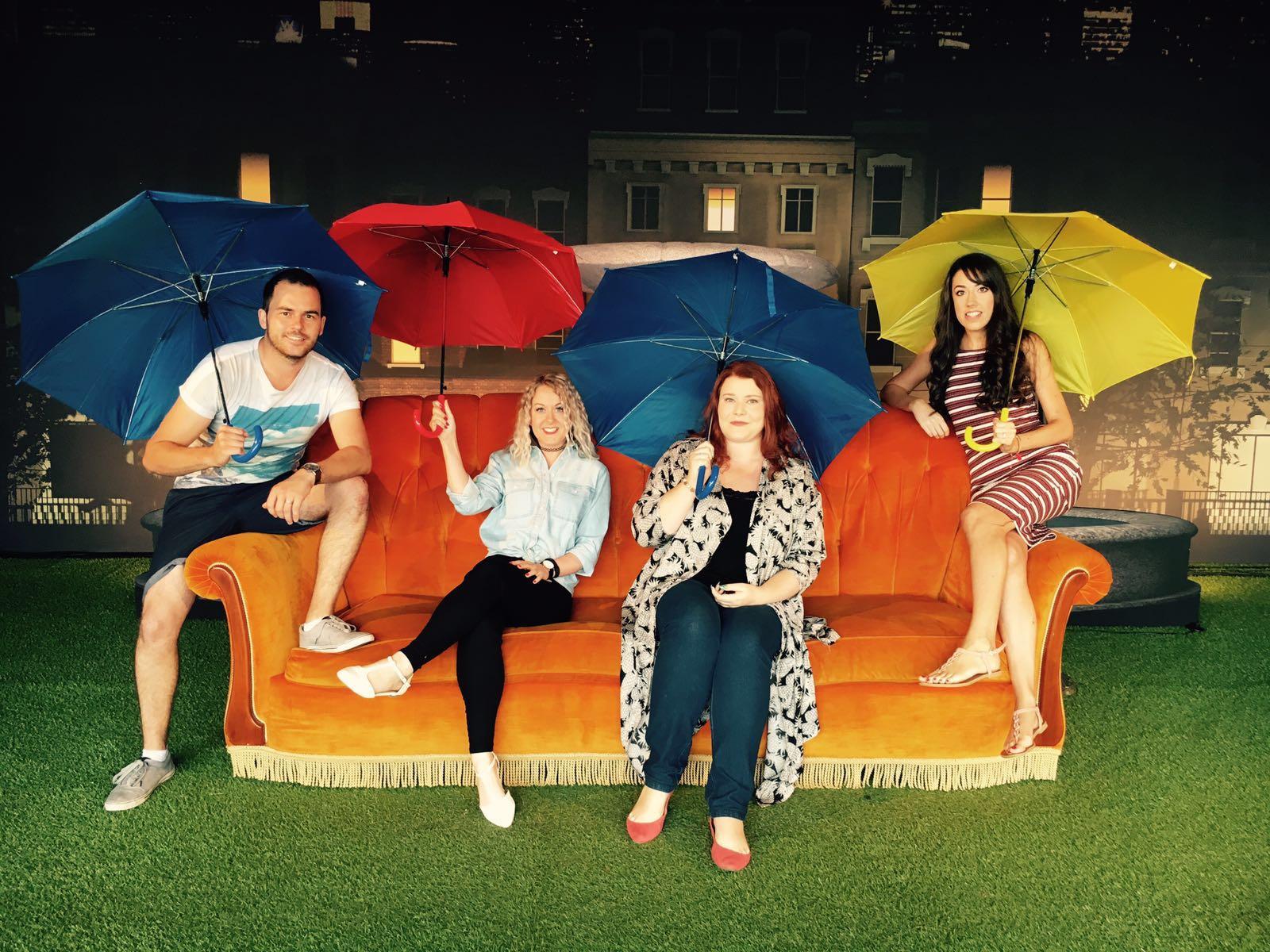 Fast forward to this year and Friends Fest would this time be touring the country as an open air event with a fully recreated set including Monica and Rachel’s apartment, Joey and Chandler’s apartment, Central Perk and more. I was on the ball this time and managed to get my hands on four tickets to the experience in Chelmsford. 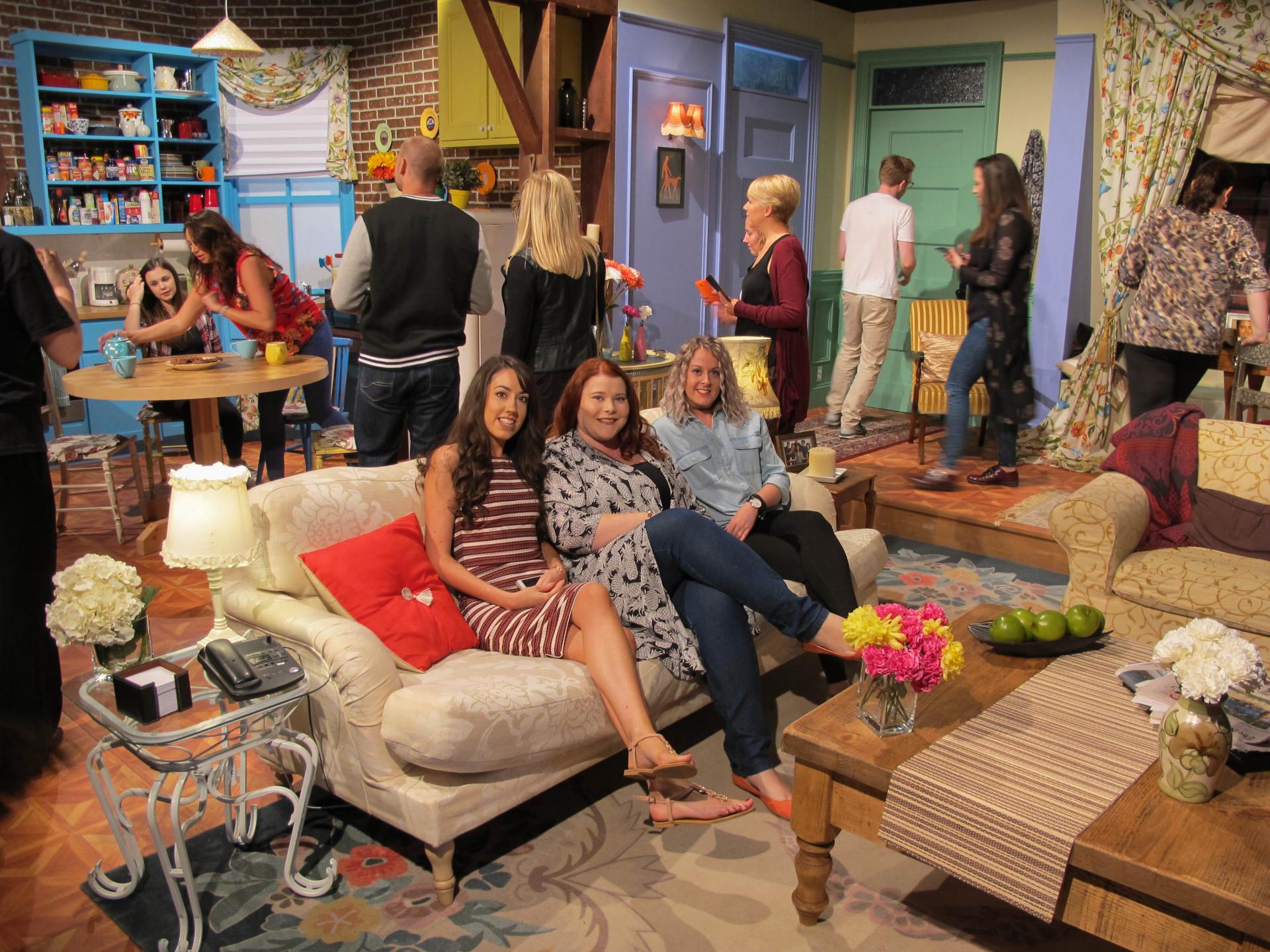 On Friday me, my friend Sara, my sister Abi and her husband Tom made our way over there. You could turn up pretty much when you wanted but you needed to book your slot into Monica and Rachel’s apartment. It was also requested that you arrive 15 minutes before your timeslot so that you could recreate the show titles beforehand. 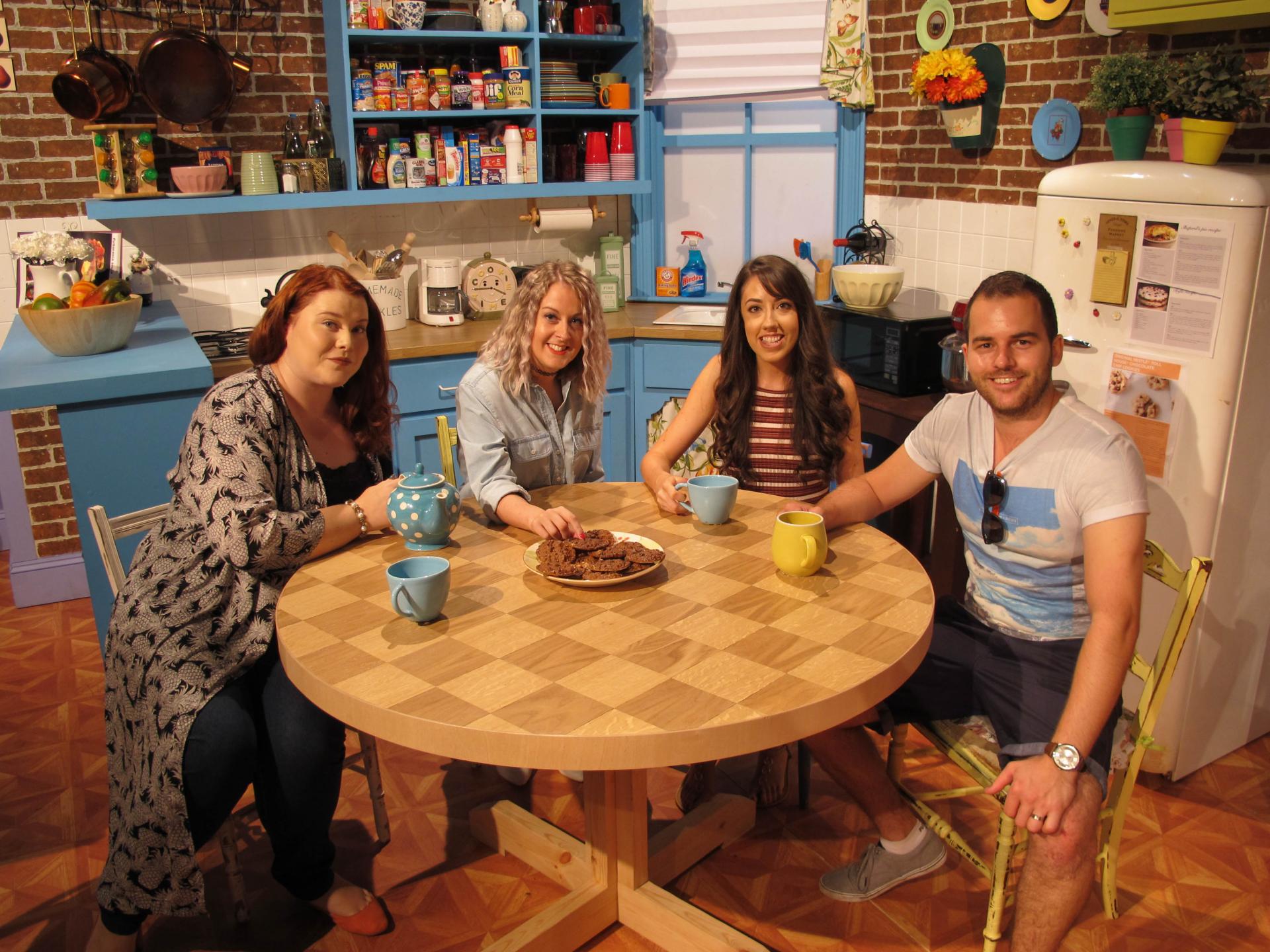 Straight away we were struck by how busy it was. I guess Friday was a popular day with people choosing to take a long weekend. There was a lot of queuing involved so as soon as you got into the apartment you were sent to the sofa where a member of staff took your photo and you then had to move anti clockwise round the apartment going from queue to queue to get your photo taken at each spot. Don’t get me wrong it was great to see the set but there was no real time to actually look at anything as you were herded like cattle through the attraction. You couldn’t wander freely around you just had to follow the people in front of you. I do understand why they do it as there are just so many people and they need you to have left ready for the next time slot to come in. 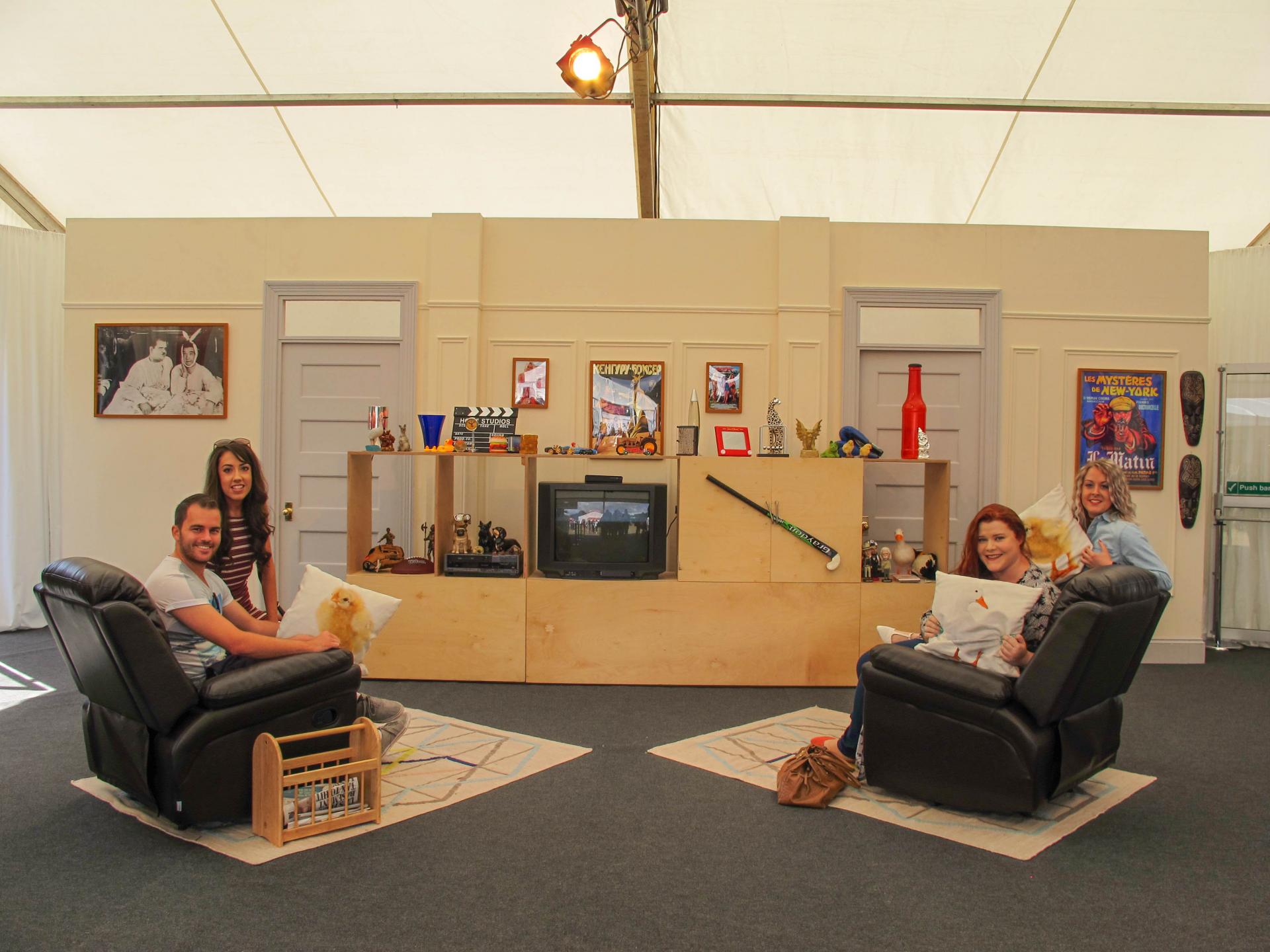 Next up was Joey and Chandler’s apartment which wasn’t quite so busy but again as soon as you get through the door you have to queue. They had table football (unfortunately with no ball so we couldn’t actually play), the canoe and the oversized TV cabinet. Duck and Chick were there in spirit in the form of cushions. There was also a Duck and Chick bar with cocktails like ‘how you doin’?’, ‘smelly cat’ and ‘the Geller cup’. Posing for photos is actually quite tiring so we grabbed lunch at the Diner where we also danced to the YMCA. After lunch we checked out the Silent Disco where I tried out some moves borrowed from Ross and Monica’s New Years Rocking Eve routine. 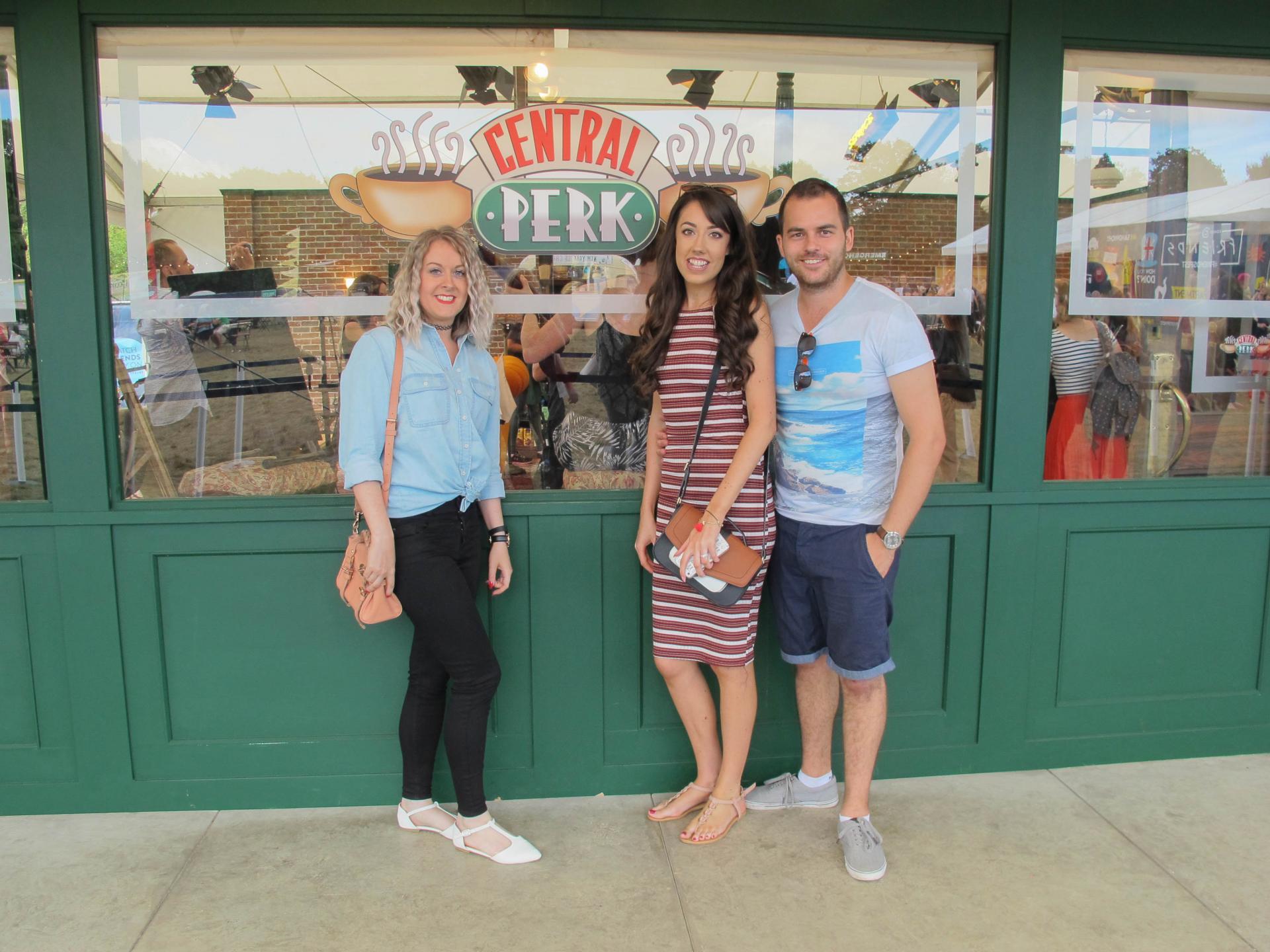 We also got to visit Central Perk where we tried our hand’s at pouring fake coffee, Abi had this down to a tee! Me and Sara had our photos taken in front of the Las Vegas love chapel which is the first and quite probably the last time I will be wearing a wedding dress. It was not a good look for me!

We quickly learnt to stop letting the staff take photos for us as there were some great images of our backs to the camera while we got in position. I think it would have been better if it had been a bit quieter but overall it was a really good day and I’m glad that we got tickets!

Have you been to Friends Fest? What did you think?