I thought I would stray from my normal posts to give you a little insight into what I have been getting up to in the run up to Christmas.

It wasn’t a great start to the week, my cat Missy ended up at the vets and I had a few house problems, but luckily things seem to be ok now and Missy is much better. On Wednesday I went off to La Hogue Farm Shop and Cafe at Chippenham to take a look at their Christmas Barn with my sister. I have never been before and was hoping to pick up a wreath and have a good look around. The barn was great, you could get your Christmas tree and all your decorations. They even had Santa’s Grotto although he wasn’t there at the time. I also managed to order all my Christmas meat from the farm shop which was another thing ticked off my list.

On Thursday I finished work early and went over to Bury St Edmunds to the Arc Shopping Centre with a friend. Bury was getting a visit from the Coca Cola lorry and I didn’t want to miss out again. A couple of years ago it went to Ely but I wasn’t organised enough in going. The Arc also had an ice rink and a carousel so there was plenty to keep you occupied. The queue to have your photo taken with the lorry was huge! I just wanted to take a look so I didn’t bother with that. Instead we spent the time trying the Caramel Fudge Hot Chocolate in Costa which was surprisingly nice. Luckily we timed it right by going in the afternoon as by the time 5pm came there were just so many people and the traffic was quite bad when we were trying to leave. 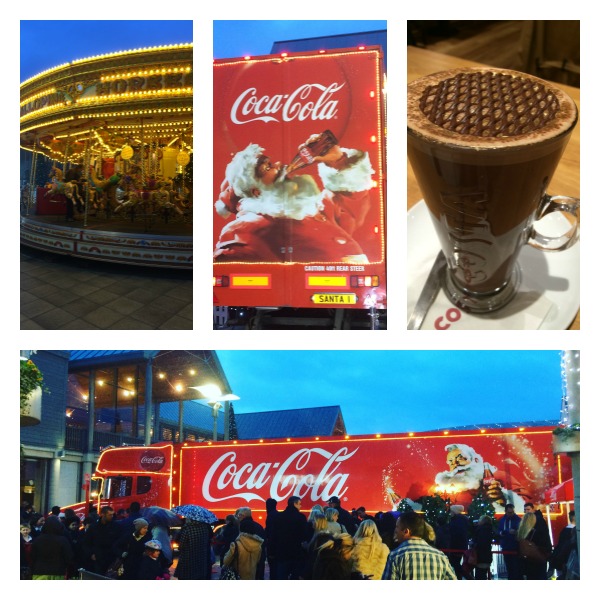 This coming week I have a few more festive outings planned so I will be bringing you a part two to this post next Sunday. I would love to see what you have been up to so if you have done a similar post then leave me your link in the comments so I can take a look!