On Tuesday I made my way to the Cambridge Arts Picturehouse (my first visit) where I met Alice (The Middle Sister) and Pippa (Clashing Time) to watch the Iris Apfel documentary. While I was well aware of who Iris is I was unsure what to expect from the film.

When Iris Apfel was just starting out in the fashion industry Frieda Loehmann, founder of the department store, took her to one side:

Fast forward many years and Apfel is now the subject of Iris, a documentary by Albert Maysles who sadly passed away a month before the film was due to be released. Instantly recognisable for her huge glasses, vibrant outfits, and lavender tinted hair white hair, Apfel has been credited with the rise of the senior supermodel. 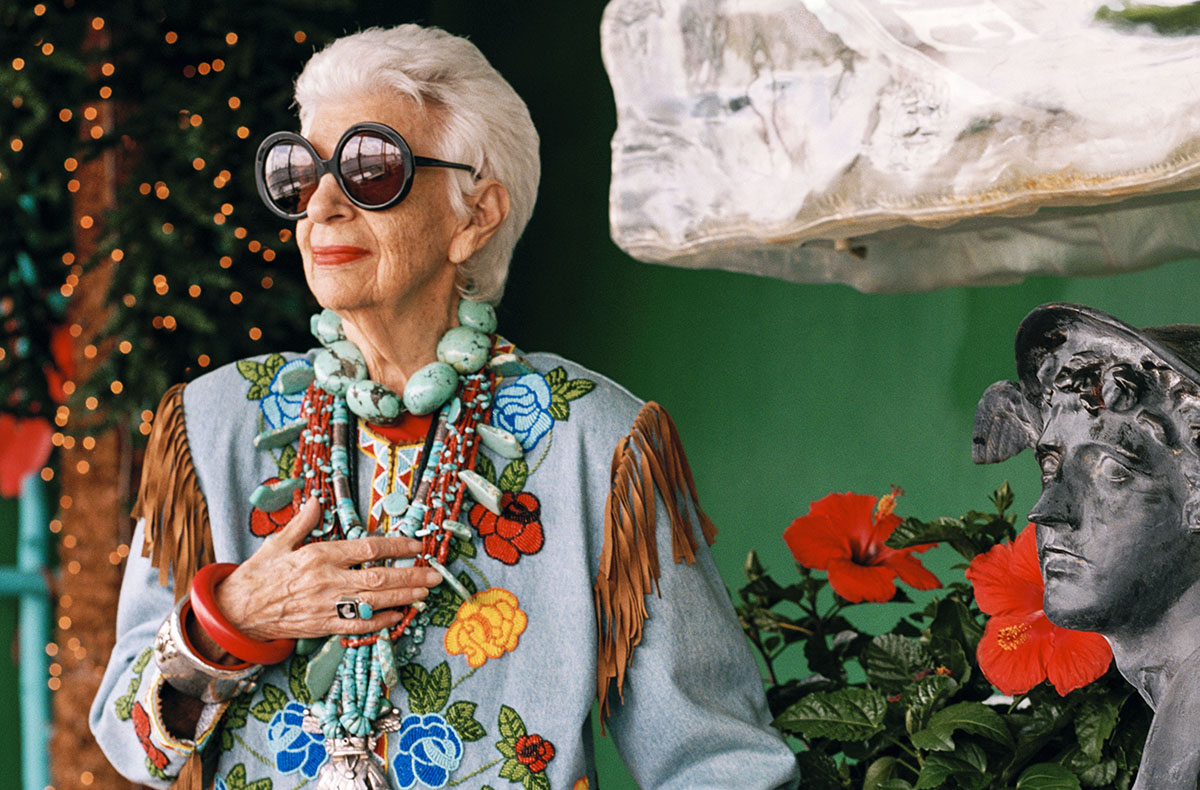 She first became known in the 1950s when she, along with her husband Carl – who turned 100 during filming, set up Old World Weavers textile company. They were so sought after that they were even invited to work on the White House! In Iris,we see Apfel mingle with celebs, while behind the closed doors of her Park Avenue apartment (complete with an eclectic collection of belongings) she struggles with old age. She says it is not fashion that keeps her up at night it is “matters of health and things like that. Things that are really important.”

We get the chance to follow Iris as she trawls the markets looking for her next bargain, haggling with salepeople as she goes. “Everything I have, I go out and find,” she says. It is this creativity and adventurousness that makes her a role model. We shouldn’t be afraid of expressing ourselves through what we wear and I think too often we are more conscious than we should be of what others think. We also see her lecturing students with pearls of wisdom, and styling mannequins in her loud outfits, each one accompanied by a pair of her trademarks frames.

The self titled “geriatric starlet” turns 94 this month and shows no sign of slowing down. As well as exhibiting her collections she is also the face of Kate Spade (along with Karlie Kloss) and has sold her own jewellery line on QVC. Maybe continuously working is the key to a long life? 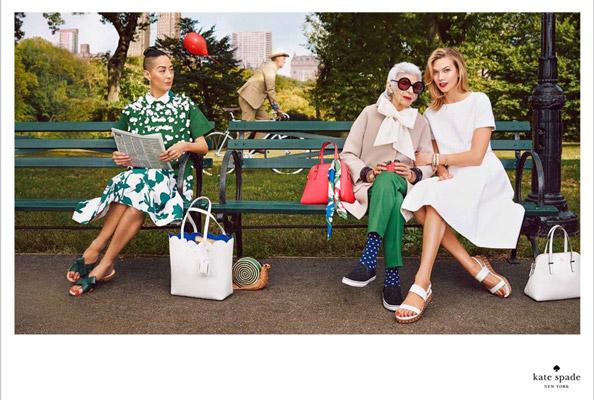 I loved the documentary, at times it almost felt like a reality TV show as we caught a glimpse of Iris’s everyday life. While it didn’t delve too deeply into what makes Iris tick I found it fascinating watching how she puts outfits together and hearing her views on fashion and social media today. Would I recommend going to see Iris? Definitely!