You may remember that I have featured this super talented lady before having interviewed her last year and wrote a piece on her previous collection.  This time I am focusing on her latest collection, ‘A Twisted Love Affair’ which takes inspiration from The Dark Knight.

An amazing amount of work has gone into producing her collection as four out of the six outfits use laser cutting techniques and the outfit ‘The Jokers Quinn’ has over 700 laser cut joker cards on the full length a line skirt. Leren spent over 200 hours was spent laser cutting – surely this feat alone should be congratulated! One of my favourites has to be the suit called ‘A Scripted Man’ which shows the Dark Knight script by Christopher Nolan digitally printed over cotton drill. 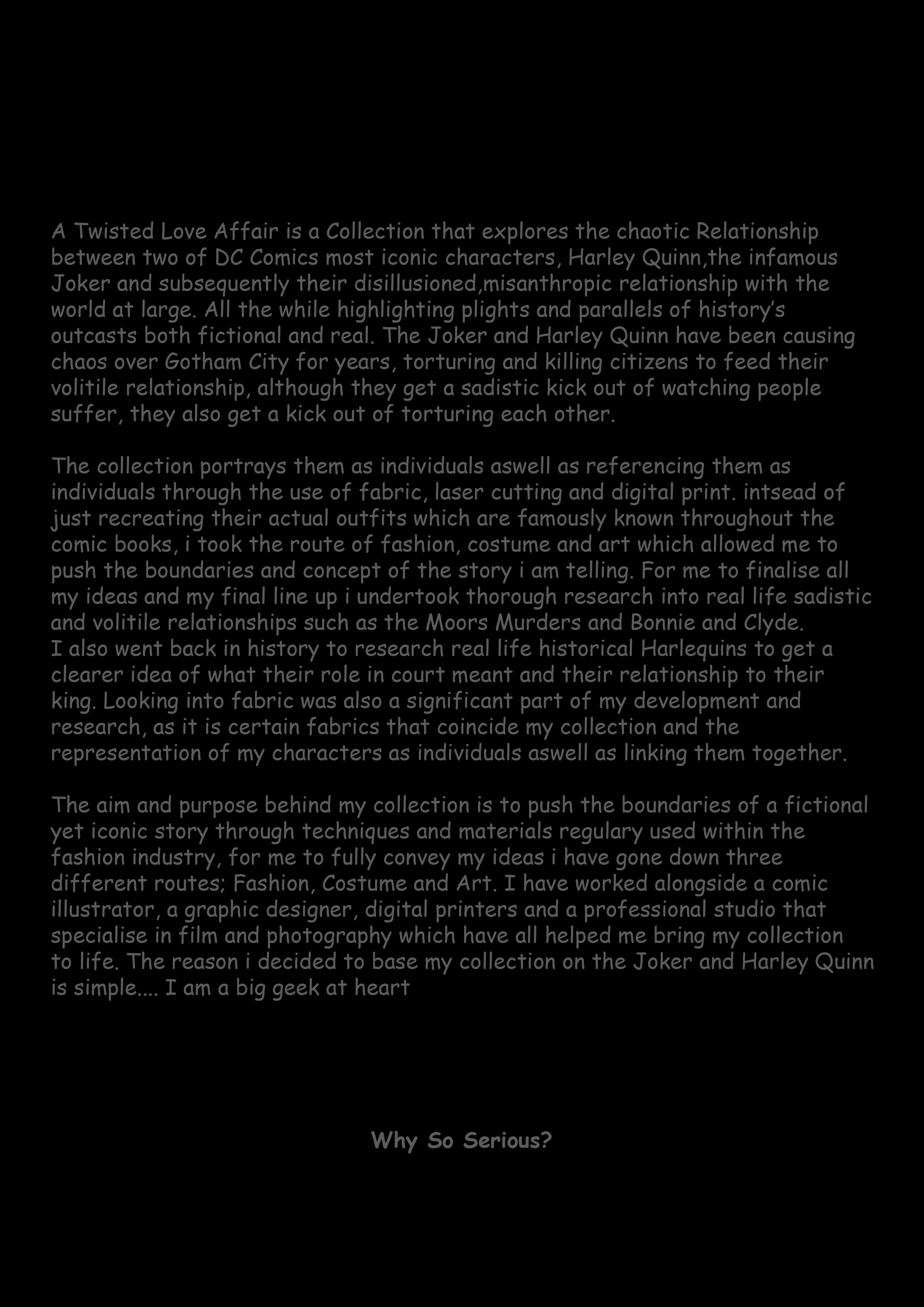 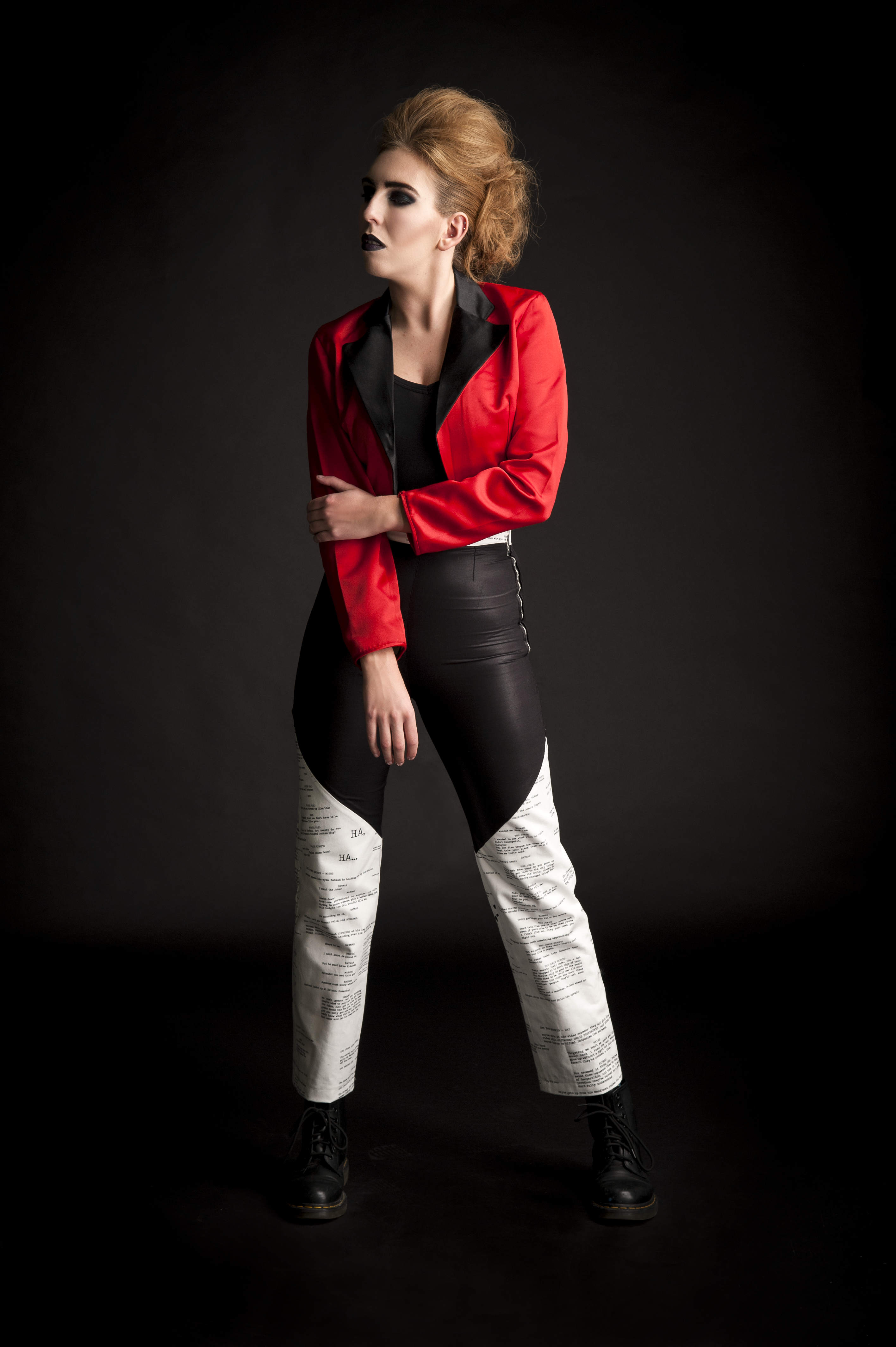 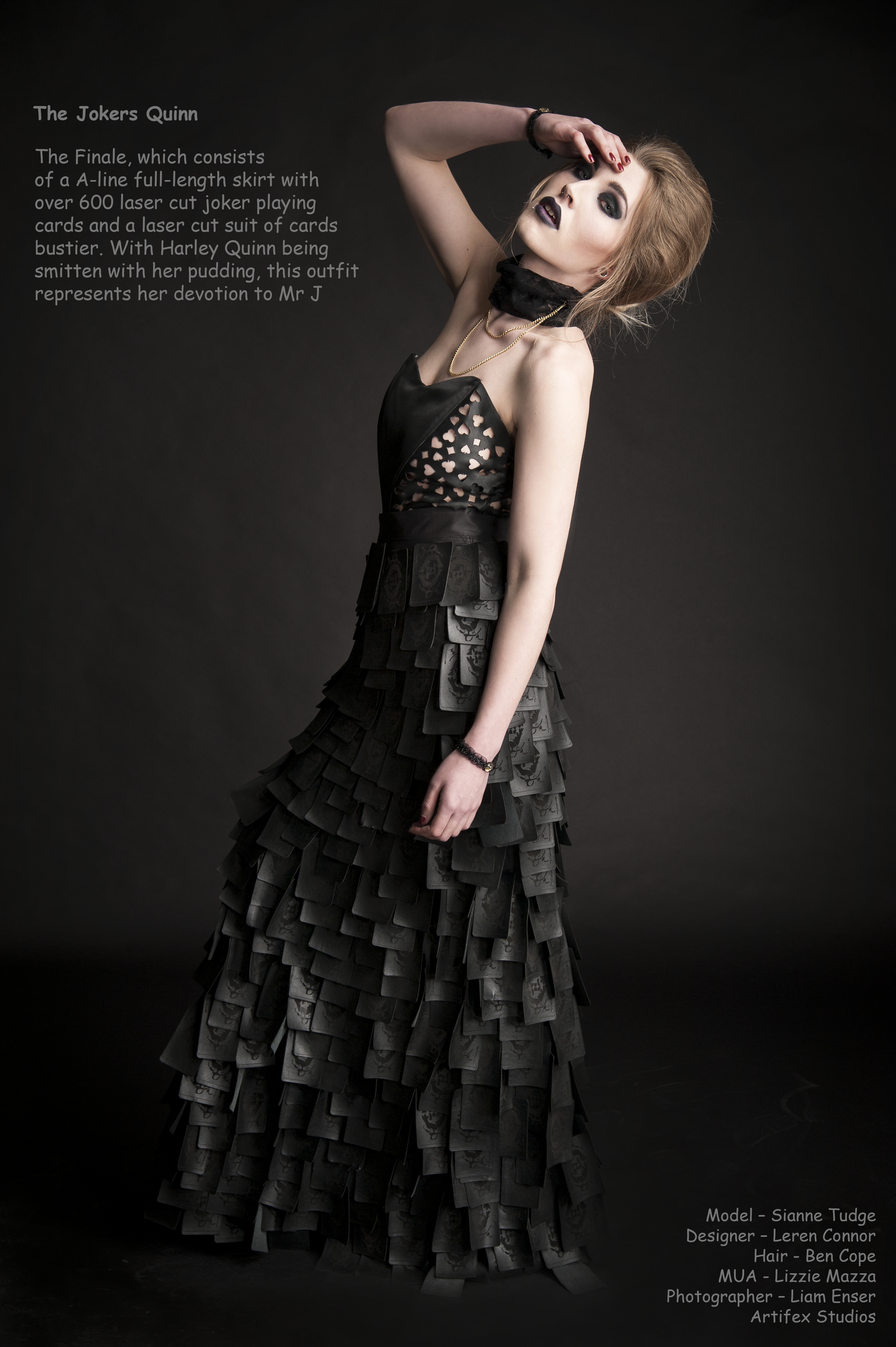 While I am not the biggest comic book fan I am familiar with the characters and I completely agree with Leren, that fashion and costume can incorporate comics. Designers should be able to take inspiration from everything around them and inject some of their own personality into their designs.

Take a look at some of the behind the scenes footage below of Leren’s collection.

Make sure that you also watch this short film called ‘A Crime of Fashion’ which features everyone who was involved in the making of the collection. It is based on two iconic DC comic Characters the Joker and Harley Quinn, and ‘portrays a normal girl who is ambitious to be a fashion model but on the day of the shoot, starts to turn into a chaotic air head whilst envisioning the Joker, who happens to be only in her head.’

You can view Leren’s site here or head over to her Facebook page. I would love to know what you think of the collection so as usual you can tweet me or comment below. Is there anyone you think I should feature in my Designer Spotlight?